At last week’s Catholic New Media Conference, I related a PR disaster I inflicted on myself early in my blogging career.

In the week after I was ordained, I overheard teenage girls remark to their friends how cute I looked. Not “One-Direction-or-similar-boy-band” cute, mind you. More, “the-boy-dressed-in-Fr-Paddy’s-clothes” cute.

I admit it: I looked, for all the world, like the clerical equivalent of the image illustrating this post!

The post attracted a lot of critical comments and e-mails, accusing me of everything from narcissism to paedophilia. The self-deprecating humour I intended to convey was lost on many readers, who seemed to respond not to my post per se, but to an extract in Cathnews’ blog roundup:

Country Priest blogs on being regarded as “cute”:

“Last Wednesday I said mass at my almer mater, Damascus College. On Saturday, I delivered a talk on confession at a Youth for Christ retreat. On both occasions, I heard teenage girls saying to each other, ‘he’s so cute!’ …

“Past efforts have demonstrated I can’t grow much of a beard. But maybe stacking on some weight will help me look older.”

As you might imagine, this was a little distressing, but it wasn’t all bad. I responded to each comment personally and privately, and formed some constructive online relationships. And I learnt some valuable lessons:

I laugh about it now, and truth be told I laughed about it then too. But there’s nothing to laugh about Fr Ray Blake’s recent “misunderstanding,” which dwarfs mine.

About a month ago, he posted a thoughtful and thought-provoking piece on the poor, a theological reflection which could be taken two ways. I must admit, I wasn’t sure myself how to take claims like this:

The trouble with the poor is that they are messy . . .

. . we find someone has got a few cardboard boxes together and has slept there and if it has been raining leaves a sodden blanket, cardboard there to be cleaned up, often it also smells of urine and there is often excrement there and sometimes a used needle or two . . .

. . There is a man who comes into the church . .. and makes a mess of our prayers. It stops some coming to Mass here.

If they are not doing that they are ringing the door bell at every hour of the day and night, and they tell lies. They tell you their Gran is dying in Southampton and they need the train fare, you give it to them and if you don’t find them drunk in the street they are back the next day and the other Gran is dying in Hastings this time.

This might sound like a litany of complains and abuse about the poor. But it’s not. Read the post in its entirety. And then read some of the comment thread. There are 68 comments, and counting, but you don’t need to read them all. Just read the first two.

Fr Blake makes very clear his opposition to readers who would clear the poor out, lecture them on sobriety, call the police, etc. Here is an example of his clarification, which is the second comment in the thread:

I do not make distinctions, Our Lord says simply, ‘Give to anyone who asks’, ‘give without counting the cost’. He does that with me and with you, but possibly you have a different copy of the scripture to me and the rest of God’s Church.

Do you think St Laurence had a worthiness test? He didn’t, neither does God, neither do I, obviously you do.

That is your problem. Can you not understand the Christian imperative, are you so bound up in your own political narrative that you are blind and deaf to what the saints have taught down the centuries? As someone said earlier to you, it is pure whig capitalism, certainly not Christianity.

Unfortunately, the local journalist who read Fr Blake’s post didn’t bother to even glance at the comment thread. Instead, a month after the post’s publication, he wrote a piece for the local newspaper that must be seen to be believed:

A complaining priest claims “lying” poor people have been sent by God to “test my holiness.”

But the controversial cleric admitted his “challenge” as a Catholic was to love all people, no matter how penniless or dirty.

In a lengthy blog post titled The Trouble With the Poor, Father Blake raged: “The trouble with the poor is that they are messy . . .”

Even worse, a similar hack job was reproduced in The Telegraph and both articles have been internationally syndicated. It’s appalling journalism, which seems to come straight out of Evelyn Waugh’s Scoop. As I say, it dwarfs my own run in with out-of-context quotes and misunderstanding.

Fr Blake has since blogged on the controversy, as have two giants in the world of blogging priests: Fr Finigan (Dumb and dumber — or malicious?) and Fr Z (Fr Z stands with Fr Blake of Brighton). Kate Edwards has complied a list of other blog responses.

Some might say this is why priests shouldn’t blog, or speak to reporters, or stick their head over the parapet. They’ll only fall victim to gotcha journalism, and do further damage to the Church’s credibility.

But I’m inclined to conclude the opposite. This is why not only priests but everyone who loves the Lord and thinks with the Church must blog or in other ways engage with the media, and speak up. To paraphrase St Josemaría (changing the original only slightly):

When confronted by evil we shall not reply with [silence], but rather with sound doctrine and good actions: drowning evil in an abundance of good. That’s how Christ will reign in our souls and in the souls of the people around us.

“Drowning evil in an abundance of good.” That’s not a bad motto. 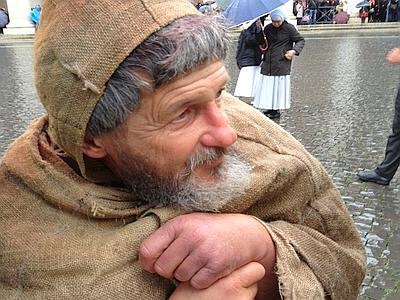 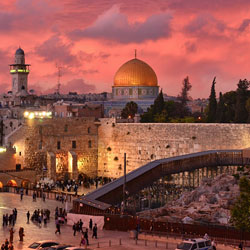