Vocations Awareness Week is a only few weeks away. (4-11 August, which coincides with my annual retreat. I’ll be sure to remember priestly and religious and married vocations in my prayers.)

I was asked to write a few paragraphs on my first year or so as a priest. Here’s one perspective.

I was ordained in September 2011, and after several temporary assignments, I arrived at my first parish just in time for the new school year. Fr Paddy, the parish priest, encouraged me to get involved in the primary school, so I celebrated the school’s Opening Mass.

Next day, the grade ones had to write a story about their weekend. Here’s one of the stories:

On Sunday, I went to church with my dad and my brother. I sat with my class. We sang a song, and then I listened to the boy who was speaking. Then we sang another song. The End.

The teacher was puzzled by this unidentified boy. “Was he a classmate, who chatted during Mass?”

“Was he one of the altar servers?”

“Well then, who was this boy?”

“The boy sat up the front, and he was dressed in Fr Paddy’s clothes.”

It didn’t take long for that story to sweep the parish. And you can bet that if a seven year old thought I looked too young to be a priest, older parishioners thought so too. My new nickname, “the boy,” took a while to shake!

A year and a half later, I’d like to think I look a little older, a little more like a priest. I’ve certainly learned a lot — the sort of lessons that can’t be learned in the seminary.

For example, just this week, such a mountain of work built up — meetings, phone calls, paperwork — that I was tempted to neglect my prayer. I had to remind myself that the time I invest in personal prayer is important pastoral work. It’s a lie — a lie I must resist and dismiss — to treat prayer as something “extra,” something separate from my pastoral work.

But still, I was tempted, and I was annoyed at all the pastoral contact I wasn’t making. I didn’t get to the schools at all. I managed to visit the hospital on Wednesday, but then: disaster!

The computer wasn’t working, and I couldn’t get the list of Catholic patients. So I visited one of the nursing homes instead. I was in the right place at the right time. One resident was in a terrible state, and the grace of the sacraments gave her peace. I intended to debrief with a staff member, but as it turned out, she was going through a tough time too, and needed to talk it out.

Later, I recognised God’s providence in that computer malfunction. It led me to the nursing home, which is where God wanted me on Wednesday.

As a priest, I offer Mass, I hear confessions, I visit schools and hospitals, which at a human level I love very much. But when I offer that work to the Lord, when I consciously invite the Holy Spirit to work through me, I am not only enriched and rewarded, but also often surprised and awe-struck. It’s God’s work, not mine.

Life as a priest is an adventure — and a daily challenge — of “letting go and letting God.” 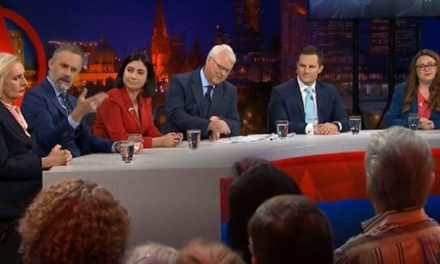