The discovery of two versions of There Be Dragons — the original version and a director’s cut — evokes the similar story surrounding Molokai: the story of Father Damien. I was sorry to learn today that Paul Cox, the director of Molokai, died last week.

David Wenham, the star of Molokai and a frequent collaborator with Cox, once said this of the accomplished film-maker:

“There is no one like Cox. He is unique, and we need him, and people like him … he is completely an auteur, because everything you see on the screen, and hear, has got Paul’s fingerprints all over it.”

An auteur, for those who don’t know (I admit: I looked it up), is a film director who influences his films so much that he ranks as their author. That explains the bad blood between Cox and the producers of Molokai, who had divergent visions of the movie. That’s where the similarities with There Be Dragons weigh in. Except, in some ways, this time the roles were reversed. The producers of Molokai (the Belgian Government) wanted something which would attract and wide audience and prove commercially successful; the director’s vision was more art-house. But what really sets Molokai apart from the There Be Dragons with is the acrimony which afflicted director and producers.

Where Joffa was very gracious, Cox didn’t hold back in his criticism:

After Cox cut his version of the film, the producers radically recut it “behind my back” and released it in Belgium with a grand premiere. Cox didn’t attend, but watched on TV. The film bombed. “If you ever saw the producers’ cut you would not believe you were watching the same film,” he says, laughing. “It was not watchable. They had totally slaughtered it.”

After the success of Cox’s multi-award-winning Innocence, the investors of Molokai negotiated with Cox to restore the film to its original form. He agreed on the strict condition that the producers were kept well away. They happily agreed.

With the film finally being released in Australia in its proper version, and re-released in Belgium, Cox is breathing a long-awaited sigh of artistic and emotional relief.

“I’m especially pleased for David’s sake, but it left a big scar on me. I will never, ever trust any producer around me on that level again. I will never, ever make a film where I don’t have final cut. F— the lot of them. This is the big, dreadful shame of modern film-making.”

Despite all those difficulties, Molokai is a great film, depicting the heroic story of a great saint. I’ve blogged about this film before. I would love to find the original Belgian version, just to compare it to the director’s cut. But in this instance, at least, I’m confident the director’s cut is the superior film.

Cox claims the profit-minded producers complained that there were “too many lepers” in his film. So perhaps they cut out one of my favourite scenes in the director’s cut. It is hard to watch, but also very moving. Fr Damien enters a drunken den and vows to clean it up. Its inhabitants respond by thrusting in his face a rotting leper, who plants a disgusting kiss on the priest’s face. Fr Damien reduces the jeering gang to silence when he responds with affection and supernatural love:

I think this scene sums up the entire film. As one reviewer puts it:

There really are just three sorts of stories: man against man, man against nature and man against himself. And the makers of Molokai have told the right one.

Father Damien improved living conditions there, but he cured no one; he touched them, and they were not healed. But there is a miracle: he touched them. This is the story of a man of God dying to himself, putting aside his all-too-human aversion to a horrible, wasting disease, and seeing Christ in the ruined faces and bodies of his chosen parishioners.

I believe Molokai, like There Be Dragons, was a box-office flop. But don’t let that dissuade you. Molokai has earned a place among the Catholic classics, and I recommend its inclusion in your DVD collection. 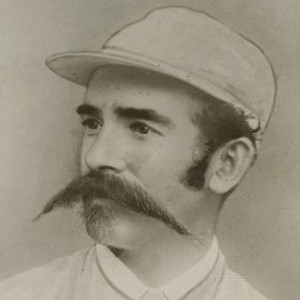