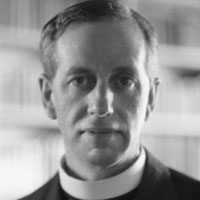 Today is the 125th birthday of Monsignor Ronald Knox. Or, it would be, if Mgr Knox hadn’t died in 1957 — and any year since.

Ronald Arbuthnott Knox was an acclaimed speaker, preacher and writer, whom the gargantuan C.S. Lewis called, “possibly the wittiest man in Europe.” If you come across any book by him, it is certainly worth reading!

From 1926 until the Second World War, Knox was the Catholic chaplain at Oxford University. According to the sources (Evelyn Waugh’s excellent biography), Knox resolved never to pontificate or indeed touch on any religious subjects in any conversation which involved more than two people. If it wasn’t one on one, he saved religion and morality for his preached meditations and Sunday homilies.

The Catholic chaplaincy became a place of great hospitality and passionate discussion on all things but religion, maximising its appeal to university students. Knox excelled at preaching, but he attached great importance to the apostolate of personal contact. To that end, and despite his introverted nature, he held three dinner parties every week. Best of all, Knox had a cask and tap installed, and anyone who happened to drop into the chaplaincy between 12 and 8 was entitled to one pint (but not two) of draught beer!

Knox is famous for his translations of Thomas Kempis’ The Imitation of Christ and St Thérèse’s The Story of a Soul, but his most impressive translation is the Knox Bible, an English translation of St Jerome’s Latin Vulgate.

It was a long-held desire of the English Bishops to commission an English translation of the Bible which might rival the much-loved — but Anglican! — King James Bible. The Douay-Rheims Biblie had served English Catholics for many centuries, but its language was archaic. It’s a cause of great regret that Cardinal Newman’s talents weren’t better exploited. Newman could well have produced an English translation of the Bible in the late nineteenth century. Learning from history, when enough bishops realised that Knox’s talents as a classicist and writer rivalled Newman’s, they wasted no time in commissioning him.

Tragically, though, the bishops did not commission Knox to translate the Hebrew and Greek scriptures, despite his proficiency in these ancient languages. Instead, he was commissioned to translate the Latin Vulgate which was then — as it is now — the official Catholic translation for use in the Roman Rite. In the post-conciliar revolution, when demand grew for direct English translations of the Hebrew and Greek, the Knox Bible became obsolete.

Nonetheless, the Knox Bible is still in print, and as I related in a recent post, it has a place in my library. Elizabeth Scalia offers a brief review of the new Baronius edition:

A beautifully bound volume, I find myself responding with fresh eyes to the layout, which is formatted like prose, and the minimal distraction of footnotes. This is not a study bible; it’s a reading bible, and Knox’s language pulls us into the scriptural stories and images we know so very well and then elevates us with its staggering beauty.

The title of Scalia’s review says it all really: ‘Gratefully weeping through the Knox Bible.‘

To commemorate the 125th anniversary of Ronald Knox’s birth, Baronius Press and New Advent have prepared an online version of Knox’s translation.

Baronius Press’ editor in chief Dr John Newton said: “Since this edition came back into print — after an absence from our shelves of many decades — it has again been lauded as one of the finest 20th century Bible translation by Cardinals, Bishops and biblical experts alike. The clarity and beauty of this translation will help Catholics to deepen their faith and knowledge of scripture, especially during this year of Faith.”

Kevin Knight of New Advent agreed. “We are happy to be able to offer the Knox Bible translation freely to our readers. This is one of the most elegant and readable translations that I have come across and we will be promoting it widely on our website.”

The bible can be accessed at knoxbible.com. 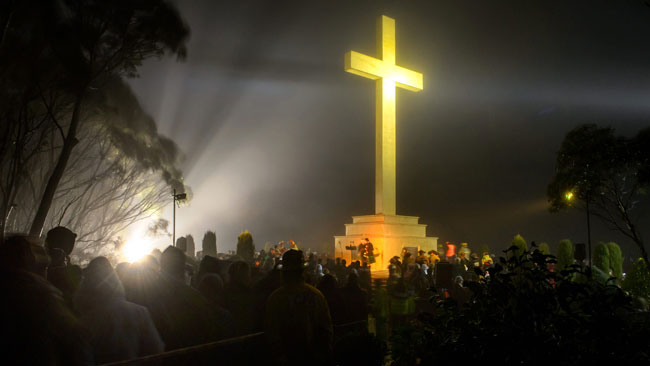