Every saint has a past. When we think of St Paul’s past, we tend to think of his career persecuting Christians, and his background role in the stoning of St Stephen.

But tomorrow’s First Reading indicates that a good three years after his conversion, Paul was still causing trouble to the Church. When Paul showed up in Jerusalem, Barnabas managed to get the apostles on side — but Paul soon blew it:

Saul now started to go round with them in Jerusalem, preaching fearlessly in the name of the Lord. But after he had spoken to the Hellenists, and argued with them, they became determined to kill him. When the brothers knew, they took him to Caesarea, and sent him off from there to Tarsus.

In other words, the apostles got him out of the way. This was for Paul’s good no doubt. But the locals were probably glad to see the back of him.

The churches throughout Judaea, Galilee and Samaria were now left in peace, building themselves up, living in the fear of the Lord, and filled with the consolation of the Holy Spirit.

I picked this video of Michael Voris not only because of its Australian references, but because for better or worse, it is Voris at his boldest, most abrasive, and most fulminating. And Voris is about as popular with his bishops as Paul was with his (in the pericope under consideration).

It’s almost self-evident, I think, that Voris’ opinions are not my own. If they were, this would be a very different blog. (And, let’s be honest, I’d have more readers!) But I don’t intend to “bash Voris” in this post. As a matter of fact, Voris spoke in Melbourne recently, and a friend who heard him wrote this:

People will argue that he “preaches to the converted”, and “What real effect is he having?” and “He lacks charity.” But as a result of attending the talk, I will:

1. Make a point of getting to confession ASAP.

2. Work harder, because as he well pointed out with the use of scripture, salvation only comes through suffering and sacrifice.

3. Stop patronising people who try to argue their way out of being faithful Catholics. Instead, I’ll tell them how it is and leave the rest up to them and God. Life’s too short.

I have to admit, I’m not much of a fan of the second resolution there. It smacks of semi-Pelagianism. Salvation comes through Christ, and we can’t earn it. Still, the e-mail demonstrates that Voris’ preaching (or teaching if you prefer) is a fruitful apostolate. It converts some hearts and minds — even as it infuriates and alienates others. Now I’m thinking of someone like Max Lindenman, who frankly struggles with Archbishop Chaput, and has no time for Michael Voris:

Chaput was calling on the laity to correct what he saw as the negligence of the clergy . . . He serves up red meat, but nothing too raw or bloody. A populist he may be; a demagogue he is not.

To grasp the difference, compare Chaput’s relatively modest request to the full-throated cry that emerged this past Lent from Real Catholic TV host Michael Voris. Incensed at a letter circulated by members of Earth Day Network, asking Catholic pastors to devote Easter or Divine Mercy Sunday’s homily to environmental protection, Voris denounced global warming as “a scam,” whose “intent is to limit population growth through abortion, contraception and sterilization.” For recommending the faithful give up plastic bags and incandescent light bulbs, Voris continued, the bishops who make up the USCCB “are going to have to pay for their negligence, in this life or the next.”

It may seem to some that, by praising Chaput in comparison to Voris, I am insulting His Grace with the soft bigotry of low expectations. On the contrary, I give Chaput credit for talking to Voris’ audience, if not quite in their language, then certainly in language more elevated than Voris’ but less equivocal than they’ve come to expect from bishops. Nothing could be more important today. The style of pastoral letters and Bishops’ Conference pronouncements is grave, ponderous, jargon-happy, and full of disclaimers. Is it charitable? Yes. Clear? Insofar as any statements on complex issues can be, yes. Unfortunately, to all but a few patient readers, it has a narcotic effect equal to Demerol’s.

This might have flown in the days of vellum, but no longer. If the Church is not a democracy, the communications business is. Carrying a point takes more than good intentions, formal accreditation, and elbow grease; it also takes flash. That Voris is not talking only to himself suggests that a sizable number of Catholics crave a flashier, slicker, more friction-free juncture of Church teaching and conservative politics than may in fact be possible. As Ed Kilgore points out in New Republic, evangelical Christians have televangelist James Robison to damn government as “a blasphemous substitute for God when it comes to picking ‘winners and losers.'” Catholics have Michael Voris to damn earth’s stewards into hell.

What’s my point? Well, it’s a complex issue, so there’s more than one. Here’s a few: 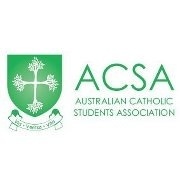 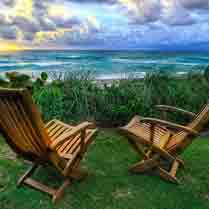