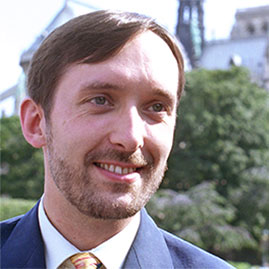 Olivier Latry is one of the finest concert organists in the world, and he is widely regarded as the greatest improvisor of his generation.

Latry was only 23 years old when he was awarded the enormously prestigious post of titular organist at the Cathedral of Notre Dame de Paris. He has continued in this post for over 25 years, and in the meantime toured 50 countries in 5 continents.

The organ at St Joseph’s is “little sister” to the organ at St Mary Star of the Sea, West Melbourne. (My two adoptive parishes!) They were both built by Fincham & Hobday, and they are Australia’s largest nineteenth century organs still intact. I’m no connoisseur of pipe organs, but to my layman’s ears, they are both very beautiful.

Apart from that, the opportunity to hear one of the world’s foremost organists here in Australia is an opportunity to be jumped at! I believe the program of Latry’s Australian tour is as follows:

HANDEL: Concerto Grosso, Op.3, No.4 in B Flat Major.
STANHOPE: Qinoth for Strings.
POULENC: Concerto for Organ, Timpani and Strings in G Minor.
IMPROVISATION from Olivier Latry on themes provided by the audience.

St Joseph’s isn’t a massive church. If fits 500 people maybe. So if you’d like to go, I advise you book! Details are on the flier which concludes this post. But first, a preview of Latry’s talent: