A theological basis
to clerical celibacy

He has suggested that clerical celibacy is a discipline not a dogma. So far so good.

But according to the press, he also says “celibacy has no basis in theology.” (Now I don’t know if he actually said that. It’s only what the media has reported. They’re not always the same thing.)

These are our Lord’s own words. So to start with, we can dispense with the idea that clerical celibacy is unnatural and displeasing to God (or at best, God is indifferent). Jesus himself sets us straight. “Anyone who is able to live this calling, live it!”

Jesus himself was a eunuch for the sake of the kingdom. His celibacy was counter-cultural. A rabbi was expected to serve God by marrying and bringing up children. But our Lord didn’t do this. Why?

For starters, Jesus knew his mission would culminate in premature death. How could he, in good conscience, expose a wife and children to destitution? (Financial implications again! I’ll come back to that.)

But more importantly, our Lord’s celibacy also speaks to the very meaning — the very theology — of marriage, not to mention ecclesiology (the theology of the Church).

“So God created man in his own image, in the image of God he created him; male and female he created them.” (Gen 1:27)

The nuptial union signifies the promise which awaits each of us in eternity, when our incompleteness is perfectly resolved by our union with God. As St Augustine famously observed, “You have made us for yourself, O Lord, and our heart is restless until it rests in you.”

Jesus, of course, is an exception to this. Unlike the average Adam, Jesus is already complete. Marriage cannot complete him, because he is already the perfect image of God. Jesus is God. It could be argued that it wouldn’t make theological sense for Jesus to marry.

2. Theology of the Church.

Moreover, “eunuchs for the kingdom” — be they clerical or lay, male or female — witness to God’s love just as husbands and wives witness to God’s love. Marriage is sacramental. The love and shared life of spouses is a material expression of the nuptial relationship between Christ and his Church. Celibacy is not sacramental. But it is a prophetic sign of what awaits us in eternity.

At its most basic, and speaking personally now, I’m celibate because Jesus was celibate.

Incidentally, Professor Mullen’s remarks were made at a hearing of the Victorian Parliamentary Inquiry into Child Abuse. I attended one of these hearings a few weeks ago. I’m glad I did. It’s important, I think, to listen to abuse survivors. Not only in the name of justice, but also in the name of healing. Survivors have insights which can heal the whole Church, not to mention wider society.

I too easily tire of the media coverage of the clergy abuse scandal. The darkness is overwhelming. It almost threatens to choke one’s faith in goodness and humanity.

Attending the Inquiry itself was a different sort of experience. It actually increased my faith in goodness and humanity. Hearing the stories was still torturous, but hope prevailed. The courage of survivors and whistle-blowers evoked the words of St John. 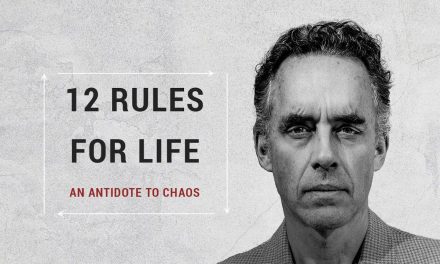 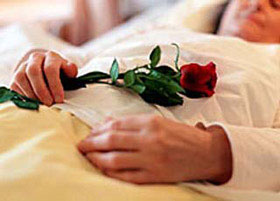