The news of Kevin Lee’s death distressed me. We never met, but we exchanged e-mails over the last 18 months, and I prayed for him often.

I was surprised by my reaction. It makes me think that when you pray for someone — even a stranger — you must enter into some sort of communion. Perhaps it’s a prefiguration of the communion of saints. I hope and pray that Kevin joins that heavenly communion.

Kevin and I started corresponding because of this blog. I blogged about him when he so spectacularly hit the headlines — posts which lacked charity, I regret. He commented in kind, but this started private correspondence which was less critical and more constructive.

Kevin became a blogger himself, and broadcast many of his experiences and thoughts. Hence, there is nothing in this which was not also related elsewhere, so I don’t think it’s a breach of privacy to reproduce:

You remind me so much of myself when I started out & I never thought or imagined I would leave ministry. I know that celibacy for me was an incredible burden that I struggled to carry honestly for all the time I did. My wife was my first lover. I have been racked with guilt about leaving ministry although I continue to pray the office & attend daily Mass although barred from receiving Holy Communion which is a greater penalty than my financial deprivation. I just trust and pray that God will one day take the reins of His Church and give them to a Pope who will serve God’s people rather than the institution. The whole rest of humanity who have turned their back on Sunday worship could not all be going to hell. God seems to be more merciful than we are as priests.

I bought Kevin’s book, which gave me some insight into why he became so embittered. He was privy to terrible evil, which seemed to be tolerated by the hierarchy. I can see why he spat the dummy. I can imagine myself doing the same.

It is not, however, a book I would ever endorse. I was scandalised not only by the evil and sacrilege which scandalised him, but also by his own betrayal of confidence, and more seriously, his profanation of sacramental confession. Two wrongs don’t make a right.

His most recent blog post — written 12 days ago — was ‘If I had not broken my vows, Michelle Lucilla Lee would not exist.’

I wrote a blog recently in which I stated that the best thing in my life (my daughter Michelle) would not be here if I had been faithful to my vows.

I was immediately reminded of the ‘whisky priest’ in Graham Green’s The Power and the Glory. Towards the end, when the fugitive priest is arrested, he prepares himself for death:

He knew it was the beginning of the end — after all these years. He began to say silently an act of contrition, while they picked the brandy bottle out of his pocket, but he couldn’t give his mind to it . . . He tried to think of his child with shame, but he could only think of her with a kind of famished love — what would become of her? He couldn’t say to himself that he wished his sin had never existed, because the sin seemed to him now so unimportant — and he loved the fruit of it.

The whisky priest, in the end, is redeemed. Greene excelled at portraying the “appalling mercy of God.” I pray Kevin, too, is redeemed. God bless him. God bless Josefina and Michelle. God bless everyone devastated by that terrible typhoon. 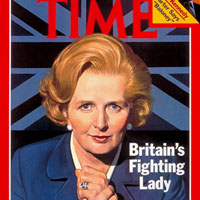 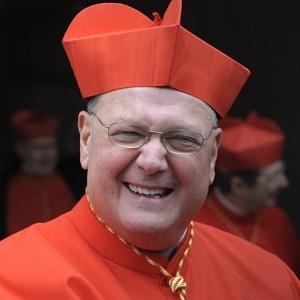