St Josemaría Escrivá and me

Today was the feast day of a saint who is very dear to me. In St Josemaría Escrivá I see an inspiring model for current-day priests, engaging with a secular and in some respects ‘post-Christian’ culture.

Well, I would say that, wouldn’t I?, since I am a member of Opus Dei. But that’s confusing the cart and the horse. I was attracted to Opus Dei only after reading and coming to love St Josemaría.

When I left home at 18 to study in Melbourne, I was both idealistic and sceptical. At 18, who isn’t? I was attracted to Christ and his Gospel, but I was disillusioned with a Church which was bereft of authority. The scandal of clerical abuse and its cover-up was in the headlines and on my mind, and lacklustre liturgy and preaching didn’t help either.

My Catholic identity was tenuous. I may have been easy prey for the evangelical Christians on campus, except that my childhood love of the saints — St Thérèse especially — had not left me. The distant figure of Archbishop Pell also commanded respect, if only because he spoke boldly and against the tide, and he had been chaplain in my first years at primary school. Still, I did not know personally any priests, nor did I want to. I doubt I’d ever have changed denominations, but I was probably on track to become a “mere Christian,” cultivating a personal spirituality and private prayer life, independent of “organised religion.”

Nonetheless, one’s first year at university is a time to explore everything. I attended the meetings and functions of all sorts of clubs and societies, from the fickle (the Chocolate Appreciation Society; the Free Beer Society) to the radical (the Socialist Alliance; the Citizen’s Electoral Council). I watched the Students for Christ debate the Humanists, and I joined an evangelical Christian book club. An invitation to dinner at an Opus Dei study centre was just one more function to add to the list. I was supposed to attend a preached meditation (whatever that was), but I was running late, and arrived just in time for Simple Benediction. The presence of a fully fledged chapel in a suburban house — not to mention the unfamiliar sight of a priest in cassock and the alien sound of Latin (the ritual concluded with the Salve Regina) — quickly convinced me that I had encountered a cult which was far removed from mainstream Catholicism. Nonetheless, I enjoyed the conversation and debate at dinner, which covered such diverse topics as the best imported beer, the Australian wheat price, and the cultural influence of Peter Sellers. Much to my surprise, religion wasn’t mentioned at all.

Subsequent invitations to meditation and dinner were gladly accepted, and I was impressed by the spiritual content of the preaching, and the easygoing warmth of the rest of the evening. This stood in stark contrast to my encounters at the evangelical book club, which were terminated after my Catholic background was discovered, and I was forcefully and repeatedly subjected to anti-papist rants.

Still, I sustained a polite disinterest in Opus Dei until I was given a copy of The Way, a small book of spiritual maxims which made “Father Joseph Mary Escriva” famous decades before anyone had heard of Opus Dei. Several weeks passed before I picked it up, but when I did I couldn’t put it down. Its insights startled me. It was as though Josemaría had read my heart and mind, and spoke directly to me. Moreover, there was a warmth and attractiveness to his style which had me looking for more.

It all happened quite gradually of course, but looking back, I think it’s fair to say that St Josemaría taught me to love the Church just as I already loved Jesus Christ. Thus this video — which I had not seen before today — is a very apt illustration of that style:

I think it’s also fair to credit St Josemaría with my priestly vocation. Years before I thought of becoming a priest, I thought of becoming a saint. That has its roots in my discovery of St Thérèse’s “Little Way” at eight or nine, and Mum’s assurance that God calls us all to be saints. This is St Josemaría’s message too, and I was able to discern a priestly calling only after adopting the sort of prayer life he recommended for lay apostles.

There Be Dragons is an average movie of uneven quality, but it does a very good job depicting St Josemaría’s vision. I’m proud and humbled to call myself one of his spiritual children. 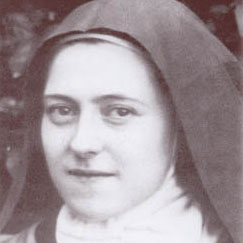