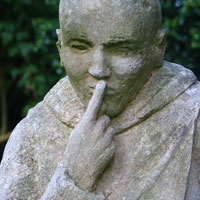 The blog is in hiatus this week, as I make a silent retreat at Kenthurst Study Centre, which is where, you might remember, Fr Amin died a few weeks ago during his retreat.

As I have been preparing for my own retreat, the circumstances of his death were never far from my mind. Here’s an extract from his funeral homily, which was given by Fr Victor Martinez, who is Opus Dei’s Australian Vicar:

As you know he was doing his retreat when he passed away. One of his many tasks was precisely to organise that retreat and he did it to the last detail, which included allocating the rooms for each of the attendants. He chose for himself the last room of an isolated corridor and for some strange reason the room next to his remained vacant. It was the second day of the retreat and the last meditation of that day was about the hope we should foster of Heaven. He finished the day with everybody else doing the examination of conscience in the Chapel and retired to his room. As he was getting ready for bed he suffered a massive heart attack and fell to the floor. Of course nobody could hear his fall and help him because nobody was nearby.

I think that we will understand the meaning of these circumstances better if I quote some words of St Josemaría which Fr Amin loved very much: God does not act like a hunter, who waits for the smallest slip on the part of his prey to shoot it down. God is like a gardener who cares for the flowers: he waters them, he protects them, and he only cuts them when they are at their best and in full bloom. God takes souls to himself when they are ripe.

God decided that he was ripe and he said loud and clear: “Fr Amin is off limits, you cannot interfere, he is now mine.” He wanted to take him to Himself and the setting was prepared in the most refined way: the retreat, the meditation on Heaven, his last examination of conscience, the location of his room . . . Perhaps I read too much into all this but I leave to you to consider if I may be right.

I don’t expect to die on my retreat. But as today’s Gospel relates, it’s good to be prepared. We need to foster a supernatural outlook, which recalls that we are “in the world, but not of the world.”

Fr Robert Barron develops the point in his homily for this week, which I shamelessly plagiarised in my own homily. He juxtaposes Belloc’s famous couplet, and Koheleth’s notorious lament:

Fr Barron is always worth listening to: Sermon 656 — The Great Yes and The Great No.

Meanwhile, I’m looking forward to my retreat. Please pray for me, and for the other retreatants too. 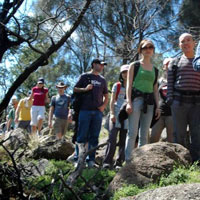 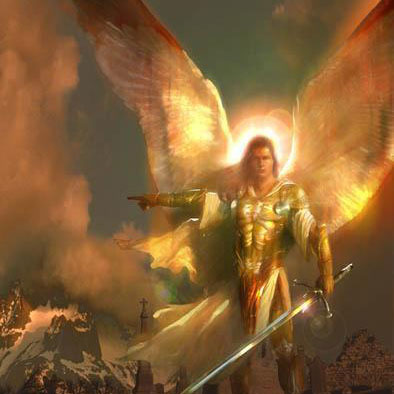