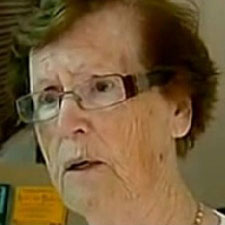 Cecilia Giménez meant well, and I do feel a little bit sorry for her. She loved her local church’s fresco of the Ecce Homo, which is why she took it on herself to restore the deteriorating portrait.

Moreover, once she realised that things had got out of hand, she confessed and apologised. And now she is the laughing stock of the Twitterverse and blogosphere.

For those who aren’t familiar with the story, here’s a before and after shot of her handiwork:

Hopefully it will all end well. The local government won’t follow up on its rather pointless decision to prosecute a well-intended but hapless pensioner-parishioner. Professional artists will come in and undo the damage. Life in Borjanos will return to normal.

Now having said all that, I also think this story is very funny. It immediately reminded me of that memorable scene in the forgettable Bean movie, and in all fairness, Señora Giménez did to a better job than Mr Bean:

And now the Photoshoppers have begun in earnest. Here’s my favourite, suggesting what would happen if the organisers of next year’s World Youth Day called on Señora Giménez’s talents:

An Onionesque website has run this “BBC story” reporting that Señora Giménez doesn’t understand why everyone is objecting:

And if this trending Facebook photo is anything to go by, Señora
Giménez’s Ecce Homo will be a popular Halloween costume later this year: 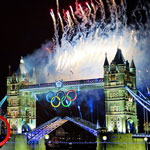