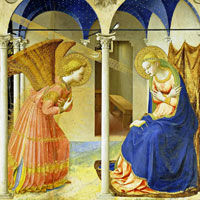 The Annunciation: what a feast! Some scholars believe we celebrate Christmas on 25 Christmas because early Christians counted forward nine months from today, 25 March.

Moreover, it seems the first Christians celebrated the Annunciation on 25 March not because our Lady had recorded the date and advised the Church accordingly, but because they believed 25 March is the anniversary of Christ’s death.

A pious Rabbinic tradition holds that by God’s providence, all the great figures and prophets of the Covenant — Abraham, Jacob, Moses, Isaiah, etc. — died on the anniversary of their conception. Naturally enough, many Christians surmised Jesus would be similarly favoured.

The pious traditions surrounding today’s date are fascinating, and I never tire of them. I go into more detail in a post I published this time last year. 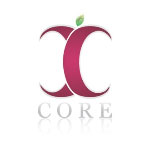