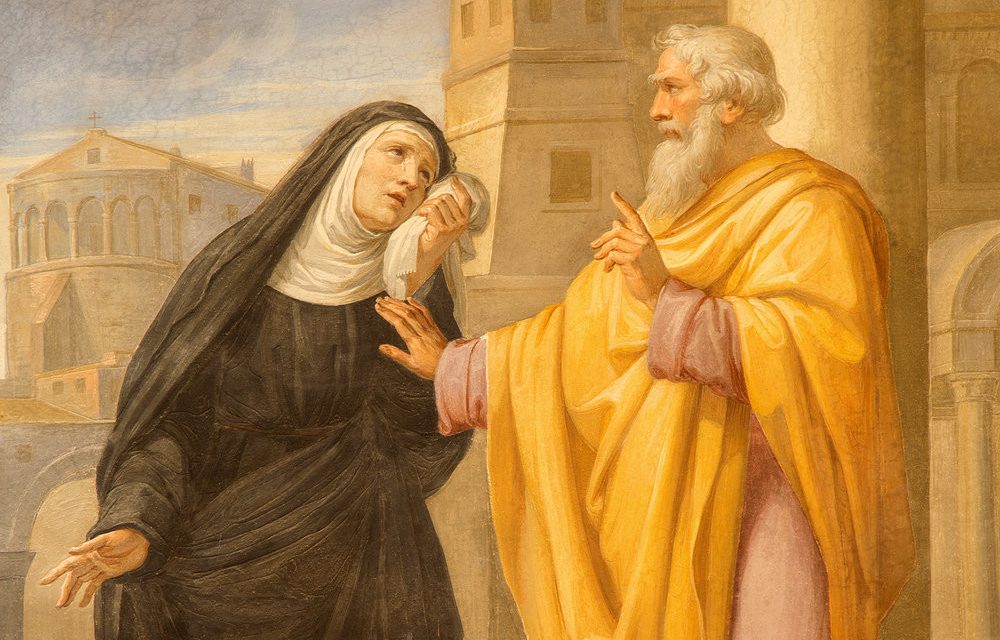 Today is the Feast of St Monica, an ancient who captivates the modern imagination, thanks in large part to the colourful and candid writings of her son, St Augustine, who basically invented the autobiography. 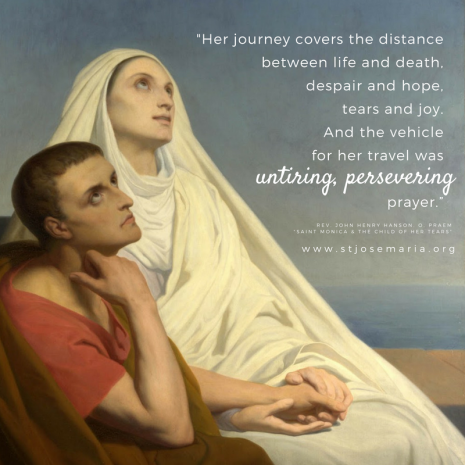 In her youth, Monica learned the value of self-knowledge and discipline. She was raised in a faithful and prayerful home, and was proud of her good reputation, which she carefully cultivated. Nonetheless, she acquired the secret habit of sampling wine in the privacy of the cellar, before bringing it to the table and publicly abstaining. When a slave quietly admonished her, she received the reproof honestly and humbly, mended her ways, and sought integrity of life.

This early lesson in virtue well-equipped her for an unhappy marriage. Her husband Patricius was adulterous, domineering, subject to violent anger, and prejudiced against the Christian religion. His mother lived with them, and by all accounts she was a most unpleasant mother-in-law, frequently criticising Monica and publicly humiliating her. Monica bore these trials with tact and patience and prayed sincerely for both of them. She did not avoid conflict — she would never settle for peace at the expense of truth — but she timed her battles, keeping silent when tempers were high, and calmly presenting her opinions at more agreeable moments. She was never critical, always encouraging, and quick to forgive; she earned their affection and admiration, and both became Christians before they died.

Her son Augustine was the cause of even greater suffering. Augustine was brilliant, and he knew it. His father encouraged the worst of his youthful excesses, and Augustine’s vices hardened him against his mother’s reproaches. When he was 17, Monica banished Augustine from the family home, but after praying about it, she resolved to instead shower her son with love and affection, and pray and fast for his conversion. This resolution cost her a lot and she sometimes despaired for her son, but she was encouraged by Bishop Antigonus (not St Ambrose), who famously advised: “Go away now; but hold on to this: it is impossible that the son of so many tears should perish.” 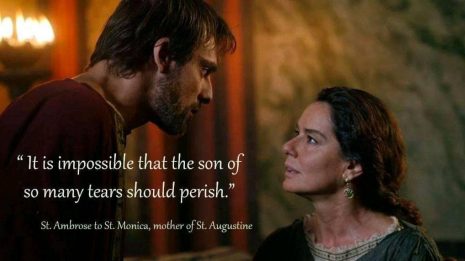 When Augustine declared his intention to move to Italy — the centre of the Empire — Monica begged God to prevent it. Italy promised great career opportunities, but it was also notorious for its sophisticated licentiousness. Her prayers were apparently unheeded, except that God guided Augustine to Milan, where he fell under the influence of Bishop Ambrose, an intellect equal to Augustine’s genius. On Holy Saturday 387, at the Great Vigil of Easter, Monica witnessed Ambrose baptise her son Augustine and her grandson Adeodatus. A few weeks later — in their last conversation together — she and Augustine were both enraptured by a mystical experience of divine love. In the midst of this extraordinary grace, Monica declared: “Son, I no longer find pleasure in anything that this world offers. I do not know what there is left for me to do or why I am still here, for all my worldly hopes are satisfied.” A few days later she fell ill, and within a week she died.

St Monica is the patron saint of alcoholics, abuse victims, wives, unhappy marriages, mothers, and widows. But she is, most famously, patron saint of conversions. Join a Dial-in Rosary at midday, which will conclude with a litany to St Monica. We’ll pray for an end to the COVID-19 pestilence, for the grace of conversion, and personal intentions.

12pm Angelus, Rosary, and Litany to St Monica. Via the Zoom app, on Facebook Live, or at www.moynecatholic.org.au. 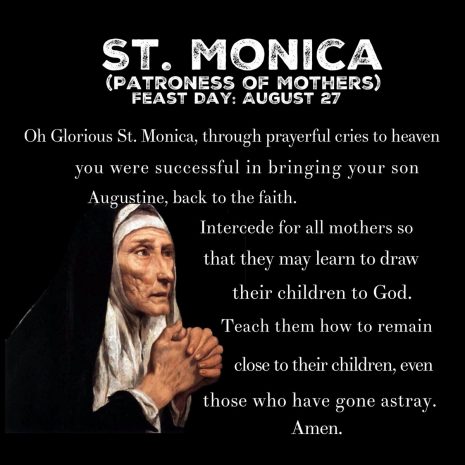 St Monica, pray for us. 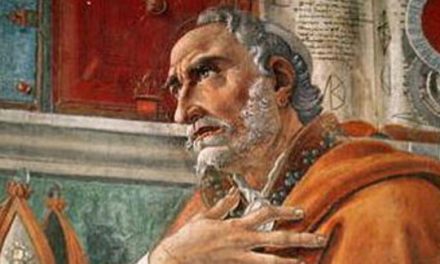 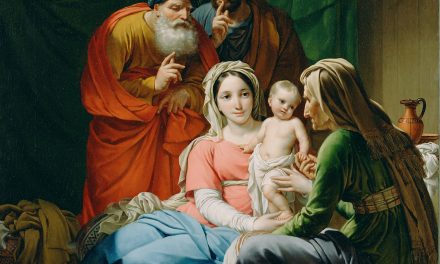