Today I made my debut on Mass For You At Home. Actually, that’s not quite true. In my second year at the seminary, I was Fr Mark Withoos’ altar server for two MFYAH masses.

But today was my priestly debut, and I get to record another two masses next week. I enjoyed it, and I consider it a privilege to support the program. I don’t watch it myself (too early!!), but I know the program is highly valued by people unable to get to a parish mass.

I’d do it again next year, but it remains to be seen whether I’ll be asked back! I’m afraid I made a meal of one of this morning’s recordings when I “misspoke” the words of consecration. If a consecration occurs which was invalid, it behooves the priest to repeat the critical words and rubrics of consecration.

This is every priest’s nightmare. Well, it’s my nightmare, anyway. It has happened to me once before. On that occasion, I charged onward. The error was a minor one – a word of similar meaning substituting the correct word. “Shed for many,” I think I said, instead of “poured out for many.”

My intention was sound, and I judged that my error had not invalidated the sacrament. I found myself in a similar position today. As I held the chalice, my mind went blank and I lost the word, “covenant.” It didn’t seem to matter that the word was staring me in the face, in the missal right there in front of me. The word was dead to me.

At the conclusion of the Mysterium Fidei I halted filming and requested a retake. Perhaps it was pride, mollified as I was at the prospect of mispronouncing the words of consecration on national TV! Given my previous experience, it’s probable I would have proceeded without pause, if I’d been offering the mass in a parish setting. Hard to tell.

The crew decided not to film again. I imagine it costs time and money. It probably helped that another priest in the studio – older and wiser than me – said the mistake was minor and unnoticeable by the congregation.

I hadn’t considered that. I’ve only been a priest for 15 months, but how easy it is to forget the “pew’s eye view” of the Mass! At the sublime moment of consecration, people are contemplating the eucharistic mystery. Or making a spiritual communion. Or adoring the Lord.

Or – regretfully and occasionally (I’m speaking for myself now) – falling prey to some mundane distraction like planning Sunday lunch.

People are not hanging on every syllable the priest utters. We all know the formula. In situations like that, we tend to hear what we expect to hear, not what is said.

In any event, I was mortified by my error, and then mortified by the disruption I caused the TV production crew. “Choose mortifications that don’t mortify others,” St Josemaría famously advised. Better for me to have carried on without pause, indifferent to my embarrassment.

At least the other mass I filmed occurred without incident. I hope I can repeat that effort next week. As I said, it’s been a pleasure and a privilege.

An unexpected bonus: one of my dearest friends, Brad Rowswell, was lector!

Update: please don’t take this post too seriously. It speaks more to my pride than to my scruples. But mostly it’s just a self-depracating story that gives a bit of “angle” to my Mass For You At Home experience!

“I think I want to be an altar boy” 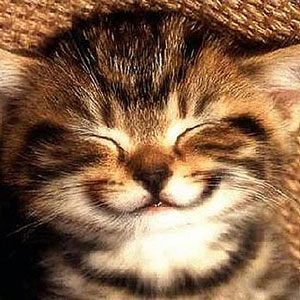