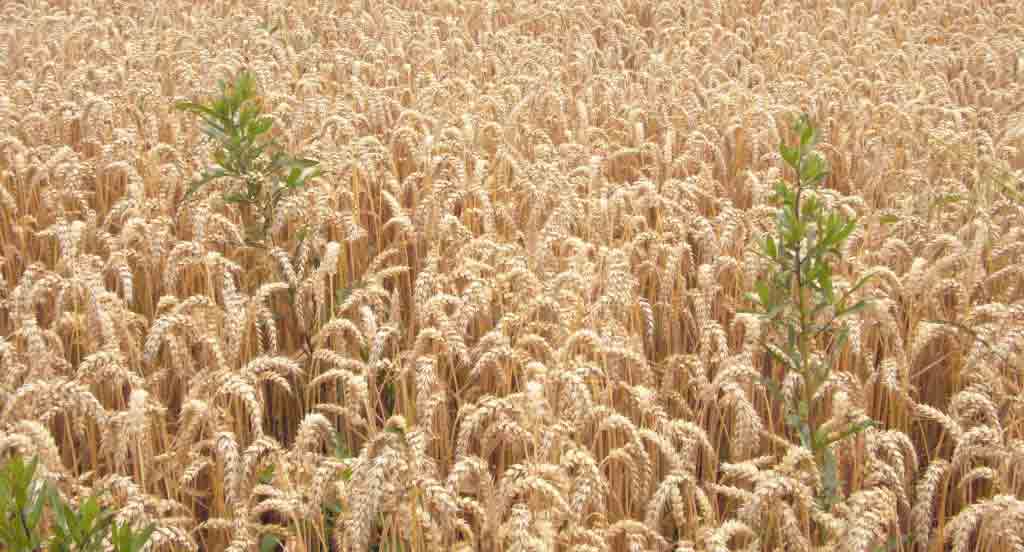 There are enemies inside the Church today. The Catholic hierarchy is gravely compromised; infiltrated by moral perverts and dissenters; hypocrites and false prophets; wolves in sheep’s clothing. I’m not saying this to shock anyone; it’s a matter of record. As Pope Paul VI famously remarked, on 29 June 1972:

“from some fissure the smoke of Satan has entered the temple of God.”

“We believe . . . that something preternatural has come into the world specifically to disturb, to suffocate the fruits of the Ecumenical Council.”

Today’s Gospel — the parable of the wheat and darnel — addresses this scandal, and it should fill us with consolation. In our Lord’s day, it was common for an enemy to sow darnel into a wheat field, because it would ensure financial ruin for the farmer. The practice was so nefarious that Rome enacted a law, declaring it a capital crime to infect a wheat crop with darnel seeds.

The problem is darnel looks exactly like wheat while it is young, so it’s initially impossible to distinguish between the good and the bad. As the crop matures, darnel plants wrap tendrils around nearby plants for support — just as wolves and false prophets place themselves in key roles of the Church. To remove them often means harming true believers in the process.

Once the wheat and darnel are mature however, it’s easy to identify which is which.  When a stalk of wheat is mature it will bow its head — just as an authentic disciple is humble and penitent — but darnel stands proud and tall — just as a proud sinner will not bow: non serviam!

For faithful Catholics these times are distressing and discouraging. But our Lord tells us to keep faith and persevere in hope:

“Let them both grow till the harvest,” the Master tells us. “And at harvest time I shall say to the reapers: first collect the darnel and tie it in bundles to be burnt, then gather the wheat into my barn.” (Mt 13:30)

I earlier quoted from a homily Pope Paul VI delivered on 29 June: the anniversary of his papal coronation. It’s worth noting that tomorrow — 29 July — is another significant anniversary in the life of Bl Paul, and in the life of the Church. Tomorrow we celebrate the fiftieth anniversary of the public promulgation of Humanae Vitae; the 50th anniversary of that 1968 press conference which confirmed traditional Catholic moral teaching and set off a firestorm of dissent. In the wake of those tumultuous times, one public figure — a non-Catholic — had this to say:

If ten years ago I had considered the question of why I was not a Catholic I should have been inclined to say that, whereas the Roman Church in many respects filled me with admiration, the faith it taught was from my point of view wildly beyond acceptance.

Today I find the position almost exactly reversed. I believe in all humility that it might be possible for me to assent without fraudulence or disingenuousness to the essential propositions of the Catholic Faith, but the Roman Catholic Church as an institution seems to me fated to join the Gadarene slide on which our civilisation is clearly set. This has been particularly evident in the various hostile, and sometimes scandalous, reactions among Roman Catholics to the Pope’s encyclical on birth control. Through the hightide of scientific utopianism the Roman Church held splendidly aloof; now that this utopianism is discredited and at its last gasp, suddenly and inexplicably the Church is under increasing pressure to come forward as its half-hearted and faltering champion . . .

. . Now, as it seems to me, [the Catholic Church] is joining a Christian Consensus (Consensianity—the latest fad-religion) which aims at reversing Christ’s words, and making His Kingdom of this world.

If so, the Roman Church will assuredly meet with the same fate as other Christian bodies which have followed a like course. The Christian faith is other-worldly or nothing; the pursuit of happiness in terms of affluence and concupiscence, on which, following America, the nations of the West are now bent, can only result in the destruction of everything the Church came into existence to preach and to safeguard.

Anyway, a Church moving in such a direction is not one I should care to join, even though I can admire with all my heart the Pope’s splendidly courageous, but I fear in the long run unavailing, effort to reverse the trend. Our whole Christian way of life is cracking up at an accelerating rate. The young exemplify this crack-up, but it permeates everything and everyone.

We are watching the dismantling, stage by stage, of the moral order on which our civilisation is based, all in the name of progress and enlightenment, with the result that all other order — social, political, domestic — is fast disappearing with it . . . It seems to me now quite certain that, short of a miracle, the Roman Church is set to go with the contemporary tide.

It will be carried stage by stage, as the Protestant Churches have been, to relinquish all its positions. Married priests, lipstick nuns, permissive marriage, sanctified adultery, divorce and abortion, Catholic schools and colleges producing the same yahoos as non-Catholic ones — it will all happen; is happening.

The author of these words shared the sort of dismay that afflicts us. Only — how much more are we afflicted? Fifty years later, we have witnessed scandals unimaginable in 1968: pedophile priests who preyed on children; duplicitous bishops who engineered systemic cover-ups; careerist cardinals who exemplify corruption. Yes, Holy Father, you were right: “the smoke of Satan has entered the temple of God.”

But we must not be discouraged. That public figure, who in 1968 decried the decline of the Catholic Church, and declared he could never join? That public figure is Malcolm Muggeridge, who was indeed received into the Catholic Church 14 years later. What changed his mind? Why did he become Catholic after all? He met St Teresa of Calcutta — a woman he made famous. And therein lies a lesson for you and me. A lesson which is also discerned in today’s parable.

No matter how bad it looks, we must keep faith. We must persevere in prayer; we must persevere in the life of virtue. In other words, we must aspire to be holy. If we do this — when we do this — we make a difference to the people around us; the people whom we love. We become prophets, channels of the Holy Spirit, and we will attract others to Christ.

You are doing this already, I know. As an ordained priest, I admire and thank you for your lay witness and initiative in the world, and I commend you: in the first place for your courageous pro-life apostolate; but in every other respect too. Keep the faith, and God will keep you.

This homily was delivered at the monthly Mass for the Melbourne-based Helpers of God’s Precious Infants — a noble and supernaturally-minded group of pro-life activists. 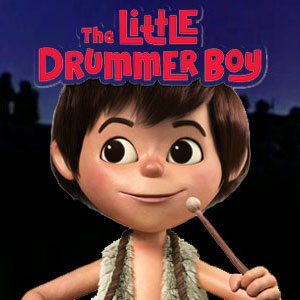 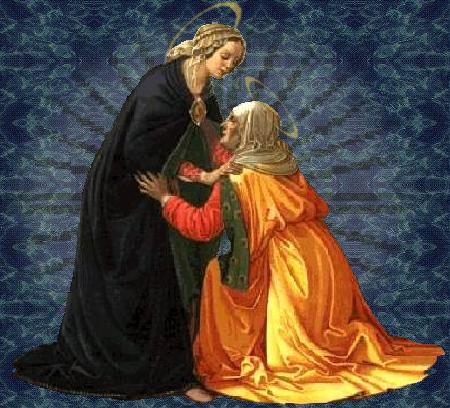 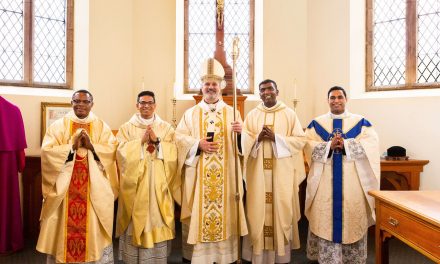 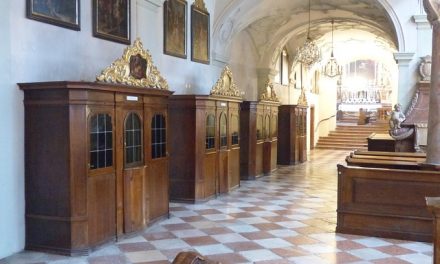