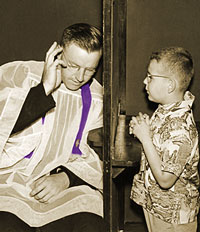 It’s never easy preparing children for confession. I know this not only as a confessor, but because I remember going to confession when I was a kid. There are three pitfalls:

1. Some children are speechless. They don’t know what to confess!

2. Some children confess sins they’ve made up. I remember doing this myself!

3. Some children confess sins which aren’t sinful. This relates, I think, to a child’s very penal view of justice. “If Mum cries bitterly when I accidentally break her great grandmother’s china vase, that must be a terrible sin. But everybody else at school makes fun of the weird kid I pick on, and I’ve never been in trouble about it, so it’s not a big deal.”

The key, I think, is to teach children to practice good examinations of conscience. I’m trying something new this year, which I learned from a good friend in Melbourne who is something of an expert in children’s catechesis. 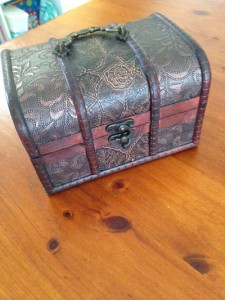 When I showed the chest to the children, I asked, “What do you find in a chest?”

“That’s true,” I said. “But I’m thinking of a different sort of chest. What do you find in your chest.”

“A heart?” they ventured. Right! 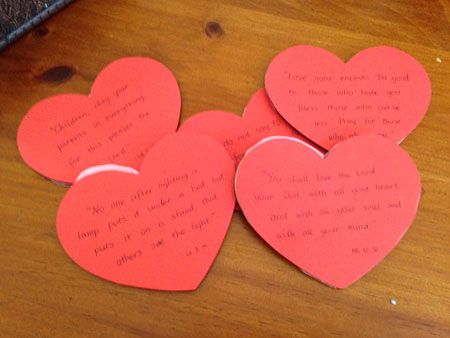 I bought ten timber heart shapes which fit into the chest, and then I had pieces of cardboard stuck to either side. On one side, I had written sayings of Jesus and other scripture verses. A few examples:

“Children, obey your parents in everything, for this pleases the Lord.” Col 3:20.

“No one after lighting a lamp puts it under a bed, but puts it on a stand, that those who enter may see the light.” Lk 8:16.

The children and I then discussed these verses, and what they teach. Based on that discussion the children themselves had to come up with some questions which apply the teaching to their own lives. The corresponding examples: 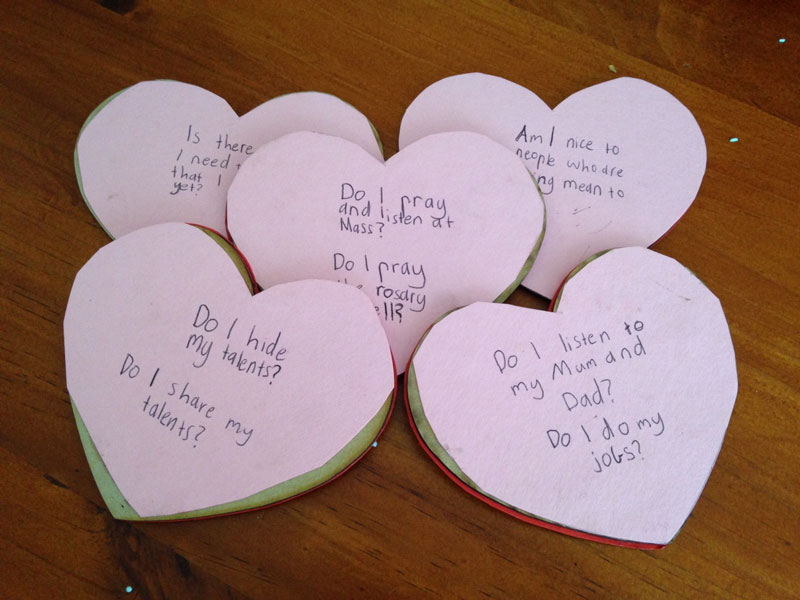 An examination of conscience for children, by children

Although I had ten timber hearts, the children and I only prepared five of them. The other five can be done later, with their parents, or by themselves.

Now here’s the best bit, which engages the wholistic principles of Sofia Cavalletti’s Catechesis of the Good Shepherd. Whenever they prepare for confession, the children take the hearts out of the chest and read the scripture verses to themselves. Then they hold each verse against their chest, and pray that the Word of God will enter into their heart. It’s very evocative of Cardinal Newman’s episcopal motto: Cor ad cor loquitur — “heart speaks to heart.”

I suggested to the children that when we prepare ourselves for confession, we have to use our hearts and our minds. In the second part of the exercise, the child turns the heart around and reads the questions. Since our answers won’t always be the same, and since sometimes the answer will identify something which is sinful, and other times it will identify something which isn’t sinful at all, we have to use our minds to tell the difference.

The Holy Spirit definitely helped out during this lesson. I had planned to have all the cardboard shapes cut out and attached to the timber shapes before I arrived, but as often happens in parish life, I didn’t get the time. So although I had very neatly cut out the red shapes for the scripture verses, I hadn’t cut out the pink shapes for the questions. Instead, the children cut these out, somewhat more roughly than I would have.

One of them then observed that the red hearts, which looked perfect, were like the Sacred Heart of Jesus. The pink hearts, which looked a bit misshapen, were like our hearts. That was a great observation, which of course I immediately developed. “That’s why we celebrate the sacrament of reconciliation! So that our hearts can become more and more like the Sacred Heart of Jesus.”

That’s the take home message I hope the children received. Confession isn’t simply a matter of reciting a list of bad stuff done in the past. It’s about renewal and conversion — leaving the confessional with a new heart, and leading a holier life.

As I said, the children made their first confessions, and received their first absolution, after this morning’s Mass. Afterwards one of them was heard to announce to his grandmother, “I feel light as a feather!” Deo gratias! 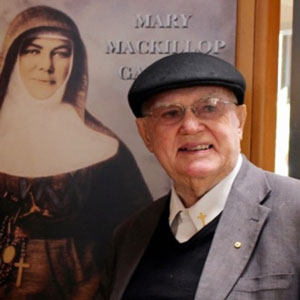 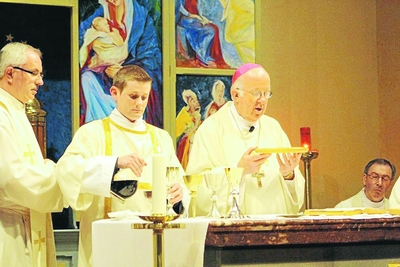 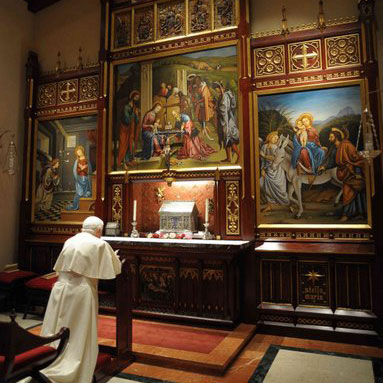 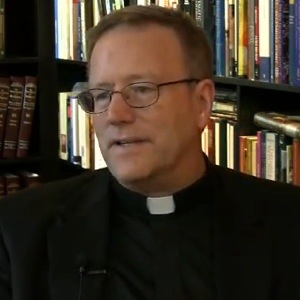