The Lord gives us very clear instructions on difficult conversations. He makes clear that we can’t keep the peace at the expense of truth. He expects us to speak the truth, even at the cost of peace.

“If your brother does something wrong, go and have it out with him alone, between your two selves. If he listens to you, you have won back your brother. If he does not listen, take one or two others along with you: the evidence of two or three witnesses is required to sustain any charge. But if he refuses to listen to these, report it to the community; and if he refuses to listen to the community, treat him like a pagan or a tax collector.” (Mt 18:15-17)

You and I aren’t spared. For six months, we’ve had to process fear of an invisible virus. Sensational news coverage. The emotional toll of social distancing. Economic hardships. We are all of us — every single one of us — coping with trauma.

Some people aren’t coping, or they’re just barely coping. They’re stressed. They’re scared. They’re overwhelmed. At a neurological level, they’re thinking and feeling like a teething toddler. That’s what happens to us when we’re overwhelmed. The inner toddler takes over.

There is no reasoning with a teething toddler. Those difficult conversations Jesus recommends? They’re not for toddlers. Toddlers needs soothing. Kindness. Love. This is equally true of teething toddlers, and people who are overwhelmed with stress, and people who are enslaved by drugs or alcohol. Love — and only love — can penetrate an emotional and cognitive haze. Love is the most powerful healing force in the universe.

Hence St Paul’s sage advice in his Letter to the Romans:

“Love is the one thing that cannot hurt your neighbour; that is why it is the answer to every one of the commandments.” (Roman 13:10)

Now is not a time for difficult conversations. It’s a time for kindness. For patience. For simple pleasures. 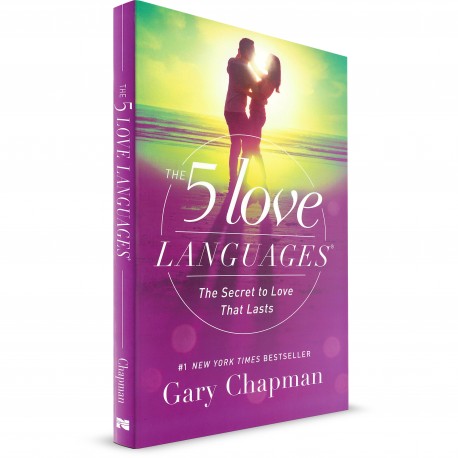 There’s a great book, written by a Christian pastor and marriage counsellor, called The Five Love Languages. Based on years of professional observation — not only of marriage, but also in family life and friendship — the author theorises that human beings express love in five different “love languages.” Moreover, as individuals we tend to primarily speak one or two of the love languages.

I recommend the book, but even if you don’t read it, it’s worth memorising the five languages, and identifying which love languages you personally speak:

There may be someone in your life right now who is really hurting. That means they’re probably hurting others too. “Hurt people hurt people.”

Maybe they value acts of service, or gifts. Call them up at dinner time. “Hey, I’m about to use Uber Eats, and I thought I’d order some dinner for you too. What would you like? I’ll have them deliver it to your place.”

Maybe you know someone who values physical affection. People who need physical touch are having a hard time right now. Social distancing is a real trial. It’s no wonder that a lot of us are reverting to teething toddlers!

In this crisis we can feel powerless. But we’re not. We have the most powerful force in the universe at our disposal.

“Love is the one thing that cannot hurt your neighbour; that is why it is the answer to every one of the commandments.”

To the one in ten