Today I joined 300 or so pilgrims at St Patrick’s Cathedral in Melbourne, where Archbishop Hart prayed a blessing over us and commissioned us to join the pope in Poland for World Youth Day later this month.

In addition to the blessing and commission, we received briefings and tickets and a host of related goodies, like a green and gold combination of pilgrim T-shirt and hat: 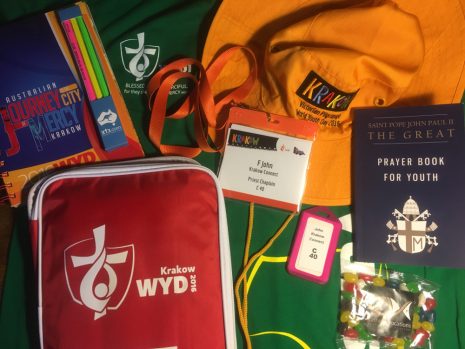 What really caught my eye, though, was that Prayer Book for Youth which the Melbourne Vocations Office has published in honour of Pope St John Paul II. It’s a great new resource, which seeks to be something of a one-stop shop for young Catholics becoming acquainted with traditional forms of prayer.

There are adaptations of the Divine Office — I particularly like the Night Prayer. There are popular devotions like the Rosary, the Stations of the Cross, and the Divine Mercy Chaplet. You’ll find traditional formulae of Catholic doctrine, a guide to spiritual discernment, and prayers authored by saints old and new. The book concludes with several lengthy quotations from St John Paul II to youth, on the priestly vocation, the married vocation, and the universal call to sanctity.

Each chapter title is accompanied by a black and white photo of the pope, and several of these photos I have not seen before. The chapter on sacramental confession incorporates a famous photo of John Paul II with Ali Agca, his would be assassin. The pair strike a pose which evokes confession, and although no sacraments were ministered that day, grace abounded and a very real reconciliation took place. 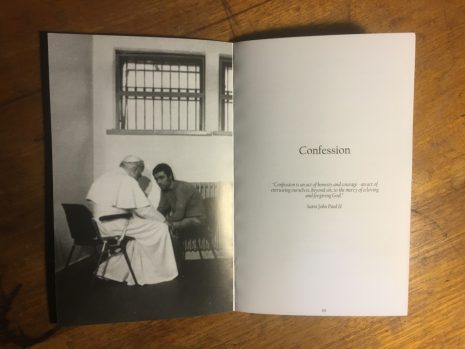 The guide to a good confession which constitutes this chapter is very familiar to me. I prepared it for last year’s Adelaide Catholic Youth Festival, in collaboration with my good friend and neighbour in Mt Gambier, Fr Michael Romeo. I’ve blogged before about Fr Romeo’s heroic efforts at the ACYF to promote eucharistic adoration and sacramental confession. The guide to confession he commissioned from me, and a guide to eucharist adoration he commissioned from Adelaide’s Fr Peter Zwaans, are now featured in this excellent new prayer book. 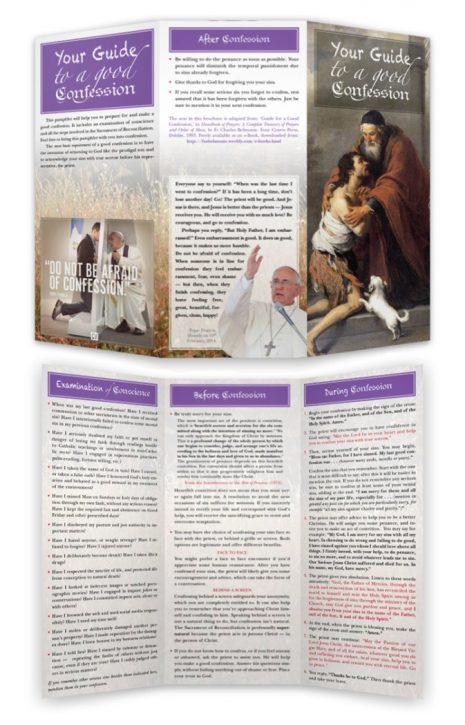 I’m not saying you should get the JPII Prayer Book for Youth because of the material I prepared for it. I’m recommending it because it positively teems with great content, from all quarters — most notably the saints. It is beautifully presented and easy to use. Best of all, it’s free! Keep your eyes peeled, because its public circulation began today.