It never ceases to amaze me how many friends and acquaintances tune into Mass For You At Home at 7 or 6 or even 5 in the morning, depending on the local TV schedule. But then, I never have been a morning person.

Several messages and emails have come my way, alerting me to the fact that I offered this morning’s TV Mass, and apparently I’ll reappear the next two Sundays. Some of my own parishioners remarked on my TV appearance, so I’m much relieved that I did not simply repeat the homily I prepared for television.

The truth is I don’t remember what I preached about in the TV Mass, because it was filmed more than a year ago. It definitely shared no resemblance to my homily this morning because today I focused on the Holy Father’s vision for the Jubilee Year of Mercy, and maybe even Pope Francis himself did not know about the Year of Mercy twelve months ago. I certainly didn’t know about it anyway, so I am quite certain I did not invoke it for my TV congregation.

I filmed more episodes of Mass For You At Home a few weeks ago, at the height of Victoria’s heat wave. (Remember that? Good times!) Some of these episodes won’t be broadcast until February 2017, though I recall filming a couple of Masses which will air this winter also. The set has undergone a radical redesign, exploiting Channel Ten’s cutting edge displays and some photos of churches the producer took when he recently visited the Holy Land.

Here’s a few photos I took before filming started: 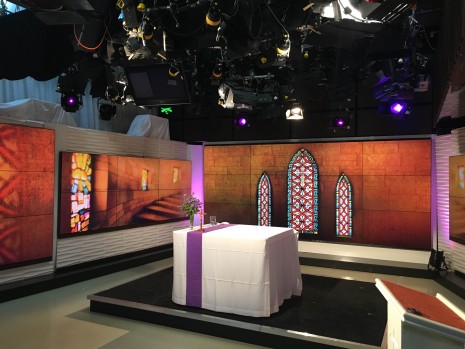 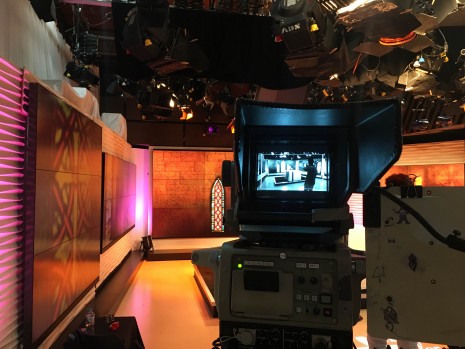 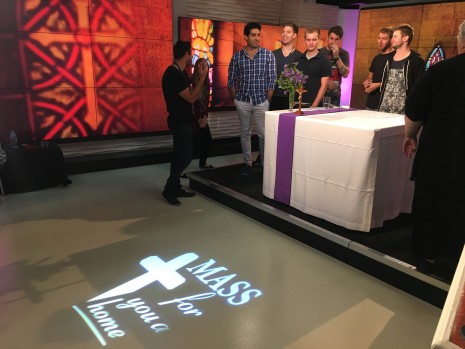 When you compare these images to what you see on episodes currently airing, which were filmed using last year’s old set, you immediately recognise a vast improvement. I don’t think I ever realised how much the old set evoked Play School! 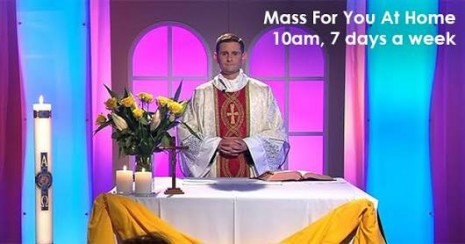 It’s worth remembering that Play School is one of only two TV programs in Australia which is older than Mass For You at Home. The other program is Four Corners. So Mass For You At Home is the third longest running program in Australian television history, and the oldest continuous program on commercial television. Not a bad effort, that.