Father Z, the doyen of priest bloggers, is at the clergy conference I’m attending. He is posting on the conference each day.

He and I are in agreement that today’s address from Archbishop Di Noia, who works at the Congregation for the Doctrine of the Faith, is “outstanding.” Father Z laments that we don’t have an open Q&A. As one of the organisers, I can confirm it’s not due to mistrust, but due to time constraints. Despite our tight Q&A protocols, the archbishop was still half an hour late for his next appointment.

Unhappily for me, since I am the Australian Confraternity editor and it’s my task to publish the conference proceedings,  Archbishop Di Noia spoke ex tempore. He apologised to his audience and explained that he had run out of time. That apology was redundant because he is an accomplished teacher and speaker (he is a Dominican), and his talk was both systematic and compelling. But I have to pray – perhaps you can pray too – that His Excellency finds the time to put something to paper, so that I have something to publish! 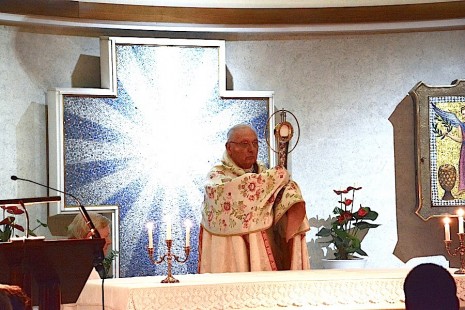 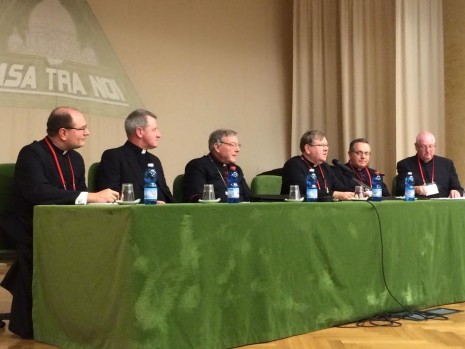 Cardinal Pell spoke about the evangelical mission of the priest in an increasingly secular world. His paper will be published in The Priest. 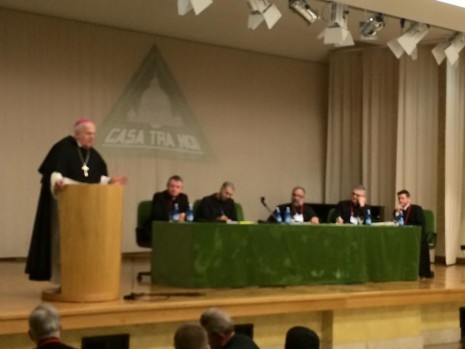 This blurry photo obscures the very pensive look on my face. (I’m at the end of the table.) Archbishop Di Noia’s talk was theologically very rich.