A sorry history repeats itself

“History doesn’t repeat itself, but it does rhyme.” These are probably the most famous words Mark Twain never said. They resonate because they’re true.

I am not only astonished, but also appalled, at the willingness of Australia’s political leaders to prove the point, the Liberals now matching Labor verse for verse. From my vantage point, this is how the rhyme goes.

Rudd and Turnbull: winning by whiteanting

Swan and Bishop: the “loyal” deputy

Shorten and Morrison: the scheming third in line

Gillard and Abbott: the gracious loser

All of this was bad enough the first time round. You do not remove an elected prime minister in his first term. You just don’t do it. That is the people’s prerogative. But that it has happened a second time is unforgivable. I don’t think Gillard foresaw the implications of subverting the electorate’s right to assess a first term government; Turnbull has no excuse. To say I’m angry is an understatement, and apparently I’m not the only one.

Now I’m in a quandary. I think I will have to vote informally at the next election. I’m all for compulsory voting, but I wish the federal ballot paper permitted optional preferences. As it stands, in Labor-Liberal contests (which accounts for most electorates, and certainly my own), every voter is ultimately obliged to cast their vote for one major party or the other. There is no way I will cast a vote which indirectly rewards the treachery of Malcolm Turnbull or Bill Shorten or Scott Morrison. As far as I’m concerned, none of these men is worthy to be Prime Minister. How can we trust them to put the national interest before self-interest?

What a sorry lot our political leaders are. The canniest political players (the first six) are devoid of honour. At least Gillard and Abbott demonstrate an honour of sorts, but then, they have proved to be hopeless politicians. Maybe that’s causal. Maybe political skill and personal honour are antithetical. 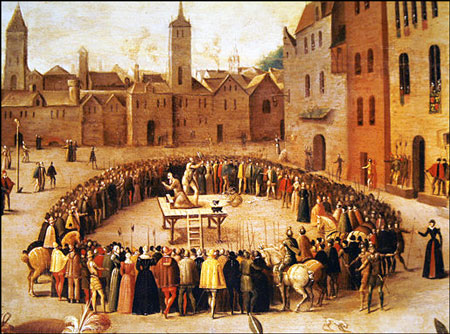 The Execution of Sir Thomas More